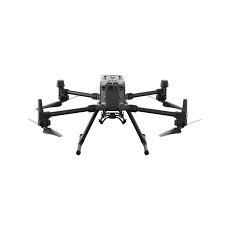 DJI is set to release its all-new Matrice 300 RTK , an enterprise drone which some are saying is here to replace the Matrice 200 and the current M210.

DJI has worked on this all-new Matrice 300 to replace the Matrice 200 and 210 series. Above all, we can expect improvements to the drive system. DJI could also place a further focus on redundancy in order to increase operational security.

It will be super interesting to see how the new DJI Matrice 300 will be welcomed by the different communities as many of these departments have been using smaller drones. This drone is a game-changer as it is actually more of a “tool and a solution” to many.

Below, I will list some for the features that have been seen online, which include the remote controller and the all-new and in\mproved camera.

The controller is really not much more than a DJI Remote Controller combined with a high brightness display and Android software that runs 32-bit DJI software.

In addition to the DJI Smart Controller allows you to fly multiple drones from the device you no longer need to use your smartphone to fly. That’s a nice feature but the Smart Controller as we all know does not come in at a cheap price!

Being able to fly the Matrice 300 directly from the DJI Smart Controller will offer some additional functionality to Search and Rescue teams, fire and police departments, and other enterprise customers.

The unreleased camera was published on the Chinese Patent Office and is likely to be the Zensume XT3, which would possibly launch with the rumoured DJI Matrice 300 series. The camera takes on a similar design to the Zenmuse XT2 with a few key differences.

The major difference is the extra object, which could be related to the thermal imaging or a different type of sensor to improve its usefulness.

The design is also a little different, the main lens on the new camera looks larger than the XT2’s along with a rounder more polished design from the more rugged design of the XT2.

It looks like the gimbal will be attached via two points on either side of the camera module, with a majority of the back of the camera covered, in what looks to be a heatsink.

The new DJI Matrice 300 will be accompanied by a new hybrid thermal camera, the DJI Zenmuse H20.

For more information about the Matrice 300 or to purchase, you can leave your contact details below:

WE WILL MATCH ANY QUOTE